I come from a family of immigrants.  My mother and her parents were Polish prisoners of war in Manila, the Philippines for 3 years during WWII. After the Americans rescued them, my Grandpa Jack decided that the USA would become his new home for he and my grandmother had lost practically all of their family in Poland. Months after they recovered their health, the three of them boarded a boat in Manila bound for Galveston, Texas. They sought to become naturalized American citizens and 9 years later, their wish was granted in 1955. 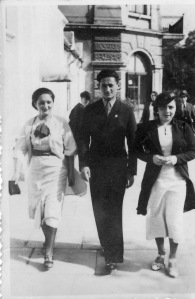 Lublin, Poland 1934: Stefecka, a friend of my grandmother’s, Grandpa Jack and Grandma Paula 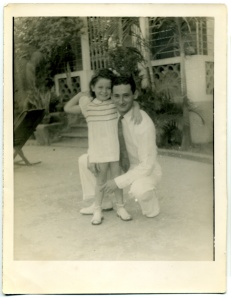 My Mom and her father, my Grandpa Jack, Manila, the Philippines 1945, 8 months after liberation 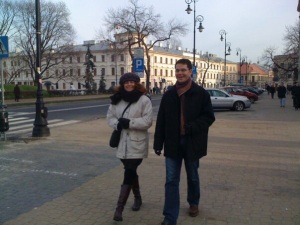 When I first moved to Italy, I came here on a leap of faith. I didn’t have a job offer. I only knew that I wanted to learn the Italian language and its culture. I’ve done all of the immigration work myself, without a lawyer. The immigration process here is complicated to say the least. If you come from a non-European country you are referred to as an expat or expatriate. When I first heard this word, I became a little offended, as if I was considered by other Italians to have abandoned my country. But it’s also important to remember that Italy has been in a state of crisis for many years. To make a long story short, in my humble opinion, it takes more than the euro currency to unite all of the countries in the European Union.

On another note, there aren’t too many Americans living in Turin in comparison with Rome or Milan. And when I meet other Italians and they discover that I used to live in Miami they are in complete shock! Why would someone pick Turin over Miami? Many Italians love Miami. But Turin is a beautiful city. It’s beautiful to me in ways that Miami could never be and vice versa.

Turin has served as a base for me in terms of family research. Christmas 2009 was spent in Lublin, Poland the birthplace of my maternal grandparents. I met my mom’s cousins Elizabeth and Andrew and their families. I had a wonderful time and shared many tears of joy with them. We are a family of survivors. 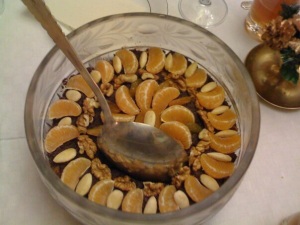 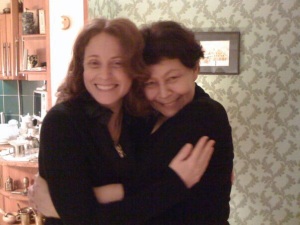 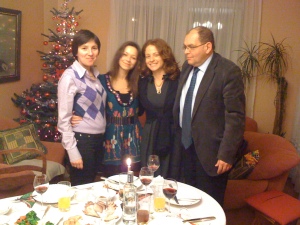 And so I am very curious as to see what the future will be with Italy’s new Prime Minister Mario Monti. Truth be told I am VERY happy that Berlusconi is gone. Having Berlusconi as prime minister was a complete conflict of interest. To make a

Having a techno government has made it possible for Italy’s President Napolitano to present the argument why the children of immigrants born in Italy are not considered to be Italian.  This is the first time I have even heard the concept mentioned. I hope it is a sign that the new government is seriously considering how Italy can begin a new growth phase and release the tensions of fear that are ever-so-present.

Culinarian, Slow Food Advocate and Jazz composer...living in Brooklyn
View all posts by Rachel Steckler →
This entry was posted in An American in Turin, Family History, Rachel a Torino, Rachel in Turin, Rachel Steckler and tagged lublin poland, polish prisoners of war in manila. Bookmark the permalink.

3 Responses to Giving Thanks…